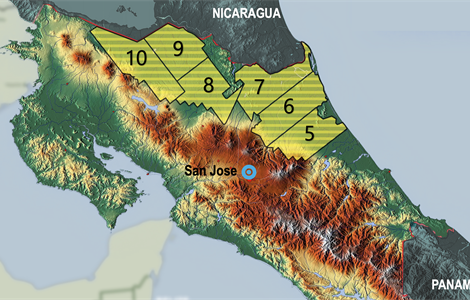 Denver-based GT Resources LLC won a $41 million jury verdict on Wednesday for claims against Black Hills Corporation of South Dakota and two of its subsidiaries in connection with a dispute over a 2.3-million-acre oil and gas concession in Costa Rica.

The jury found the actions of the company violated the duty of good faith and fair dealing and concluded that Black Hills had interfered with GT Resources’ prospective business advantage for receipt of the concession.

“The jury worked hard to dig through both a complex set of facts and technical evidence regarding damages in terms of oil and gas valuation,” said counsel for the plaintiff, Daniel H. Charest of Dallas-based Burns Charest. “I am extraordinarily proud of this trial team for the effort. At the end of the day, the justice behind the claims showed through.”

Co-counsel Christopher Cormier of Burns Charest added, “I am gratified that this Denver jury decided, after careful and lengthy deliberation, to render this verdict for our client and their principals, George and Trey Mallon, who stuck with this case through two years of pretrial discovery to reach this verdict. And I’m proud of the significant effort by the entire trial team.”

Other members of the trial team included Larry Vincent, Chase Hilton and Andrew Bynum of Burns Charest and Lance Astrella of Astrella Law.

The case is GT Resources, LLC v. Black Hills Corporation, No. 2020CV30751, in the District Court for Denver County.

A copy of the verdict can be accessed here.