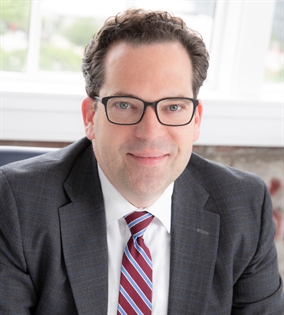 Darren is the kind of lawyer you want on your side–hard-working, tenacious, and relentless. I came to him when everything was on the line, and I had the weight of the world on my shoulders. I’m glad I did. You won’t find a better lawyer.

An accomplished trial lawyer, Darren Nicholson has been trying cases in state and federal courts for more than twenty years. After beginning his career at Arnold & Porter LLP in Washington D.C., one of the country’s premier law firms, he returned to Dallas in 2008 and became a partner at the nationally-recognized trial boutique Sayles Werbner PC. Darren joined Burns Charest LLP in 2019 with one goal in mind – to help build one of the premier trial firms in the country.

Darren’s cases have been covered by The Dallas Morning News, The Wall Street Journal, The New York Times, Bloomberg News, and other publications. Currently, he is lead counsel for Parkland and other hospitals who have filed claims against manufacturers, distributors, and retailers who caused the opioid epidemic. His past cases include successfully representing plaintiffs in a multi-million dollar lawsuit involving business fraud, breach of fiduciary duty, and commercial bribery; obtaining a multi-million dollar jury verdict against Forgent Network for breach of a patent licensing agreement; and obtaining a favorable judgment in the Texas Ranger Baseball Partners bankruptcy for breach of contract, among many others.

Just as every case is different, so is every client. Whatever the case, Darren invests the time and effort to identify the client’s objectives and to tailor an aggressive strategy to achieve them – whether trying a case, negotiating a settlement, avoiding litigation, or pursuing another option entirely.

Admitted to practice in Texas, West Virginia, the District of Columbia, the U.S. Supreme Court, and numerous U.S. Court of Appeals and U.S. District Courts, including all Texas federal courts.