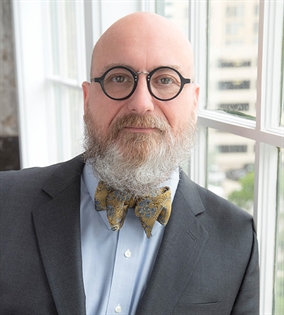 Larry Vincent has been appearing in courtrooms for over 30 years, with experience covering a wide range of matters at every level of state and federal courts. He has represented plaintiffs and defendants, both in trial and on appeal, litigating complex commercial cases, securities and antitrust class actions, mass tort matters, and both eminent domain and inverse condemnation cases.

Larry’s experience has landed him as the shepherd for particularly difficult cases. In 2017, he was appointed Co-Lead Counsel by the Chief Judge of the Federal Court of Claims in the Master Upstream Docket for the inverse condemnation cases filed after Tropical Storm Harvey flooded Houston. After a long period of intense discovery and motions practice, Lead Counsel successfully tried thirteen test cases after which the Court found the United States liable for a taking of the test plaintiffs’ properties. With over 10,000 potential claimants, the case ranks as one of the most significant inverse condemnation actions ever won against the United States. The Court is now considering a request the case be certified as a class action so that all victims of the government’s actions may recover for the property they lost when they were flooded.

In another inverse condemnation action, Larry is currently representing hundreds of landowners in Chambers, Jefferson, and Liberty counties whose properties flooded during Tropical Storms Harvey and Imelda, a consequence of the Texas Department of Transportation raising the elevation of Interstate Highway 10 and erecting an impermeable concrete traffic barrier which acted as a weir and retained hundreds of acre-feet of stormwater runoff north of the highway.

A Texas native, Larry received a B.B.A. in Economics from Baylor University in 1984. From there, he earned his J.D. from the University of Texas School of Law in Austin, where he served as the Managing Editor of the Texas Law Review, was elected to the Order of the Coif, and played on the Legal Eagles. Upon graduating with Honors in 1987, Larry had the privilege of clerking for the Honorable Anthony M. Kennedy, both on the United States Court of Appeals for the Ninth Circuit and the United States Supreme Court.

Wyndham Int'l, Inc. v. Ace Am. Ins. Co., 186 S.W.3d 682 (Tex. App.—Dallas 2006, no pet.) (representation of insurer against claims by hotel chain seeking damages for business income loss alleged to be the result of the September 11, 2001, airline hijackings and terrorist attacks).

American Airlines, Inc. v. DOT, 202 F.3d 788 (5th Cir. 2000); In re City of Dallas, 977 S.W.2d 798 (Tex. App.—Fort Worth 1998, orig. proceeding) (representation of Continental Airlines in multi-case, multi-venue litigation over validity of the Shelby Amendment passed by Congress to open Dallas Love Field airport to flights other than to neighboring states).